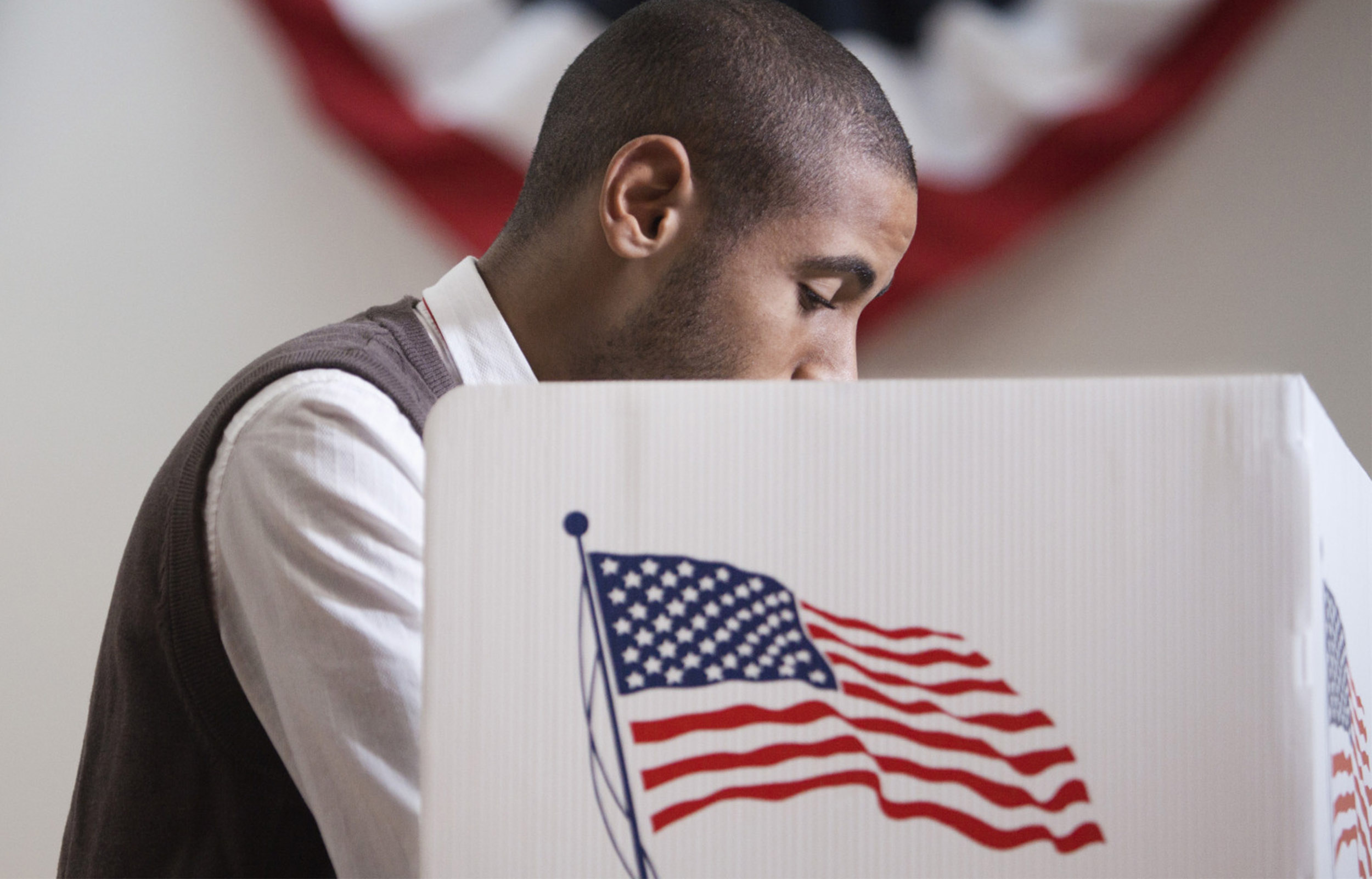 Every presidential election season seems to create a feeling of "When will this be over?" by the time we are all actually voting. We've heard about candidates for years already in some cases, then we hear from their "camps" every day for months and months, then we hear from candidates themselves incessantly down the home stretch.

This race feels, to me, to be more polarizing than any I've seen in my relatively brief 32 years of life.

So, how should you vote as a Christian? Maybe you've already settled this question in your mind, or maybe it's confusing to you because it feels like you're voting for the lesser of two evils, if such a thing exists in this election. What I want to do is give you a framework for how you should vote without in any way telling you who you should vote for. Because at the end of the day, how you vote is not about who you vote for. It's about 3 things: your faith in God, your Kingdom citizenship, and the assurance of your future.

#1 Vote with your faith in God

Psalm 146:3-4 "Put not your trust in princes, in a son of man, in whom there is no salvation. When his breath departs, he returns to the earth; on that very day his plans perish."

Daniel 4:34-35 (King Nebuchadnezzar speaking) "...I blessed the Most High, and praised and honored him who lives forever, for his dominion is an everlasting dominion, and his kingdom endures from generation to generation; all the inhabitants of the earth are accounted as nothing, and he does according to his will among the host of heaven and among the inhabitants of the earth; and none can stay his hand or say to him 'What have you done?'"

Politicians and political parties promise many things, some of which sound like they have the potential to save our nation and make all things right. Remember that as you circle those little empty holes on your ballot sheet, nothing you are voting on will be able to do what only God can do. He saves, he raises dead people to life, and he alone is worth hoping in for salvation.

#2 Vote as a citizen of God's eternal kingdom

Colossians 1:13-14 "(God the Father) has delivered us from the domain of darkness and transferred us to the kingdom of his beloved Son, in whom we have redemption, the forgiveness of sin.

Philippians 3:20 "But our citizenship is in heaven, and from it we await a Savior, The Lord Jesus Christ..."

If you're a Christian, you are firstly a citizen of a heavenly Kingdom. That Kingdom will clash with the little kingdoms of the world, of which there are many. That Kingdom will ultimately be the only Kingdom standing, when Jesus returns to judge the living and the dead in perfect righteousness. Jesus' Kingdom is the one to cherish, keep as your top allegiance, and forsake all others to make your treasure.

#3 Vote with assurance in your future

Soak in these words from Romans 8:1 and 8:38-39 "There is therefore now no condemnation for those who are in Christ Jesus... For I am sure that neither death nor life, nor angels nor rulers, nor things present nor things to come, nor powers, nor height nor depth, nor anything else in all creation, will be able to separate us from the love of God in Christ Jesus our Lord".

Christian, your assurance does not come from your nominee winning, your preferred party advancing, or your 401k growing to a ripe 7 figures. Your assurance is bound up in the One who came to die on your behalf, that you might live eternally with him. Vote with assurance that nothing on earth will satisfy the deepest desires of your heart, and knowing that you will never be separated from the love of God found only in Jesus Christ.