The Doxa 6:4 Internship exists to equip godly men through a practical training program and an environment of spiritual fellowship and relationships which emphasize unreserved commitment to the worship of God, submission to the authority of the Scriptures, a life of personal holiness, the priority of the local church, and the mission of penetrating the world with the Truth.

For an aspiring elder/pastor or church planter/missionary, we provide a 2-year 4-semester internship intended to be supplemental to a seminary education and bridge the gap between the classroom and the local church (get an example of one such semester syllabus here). Our goal is to train and equip for the work of ministry both in our local church and in the multiplication of churches and ministries.

If you are interested in being a 6:4 Intern in the future please email  info@doxachurch.net for more information. 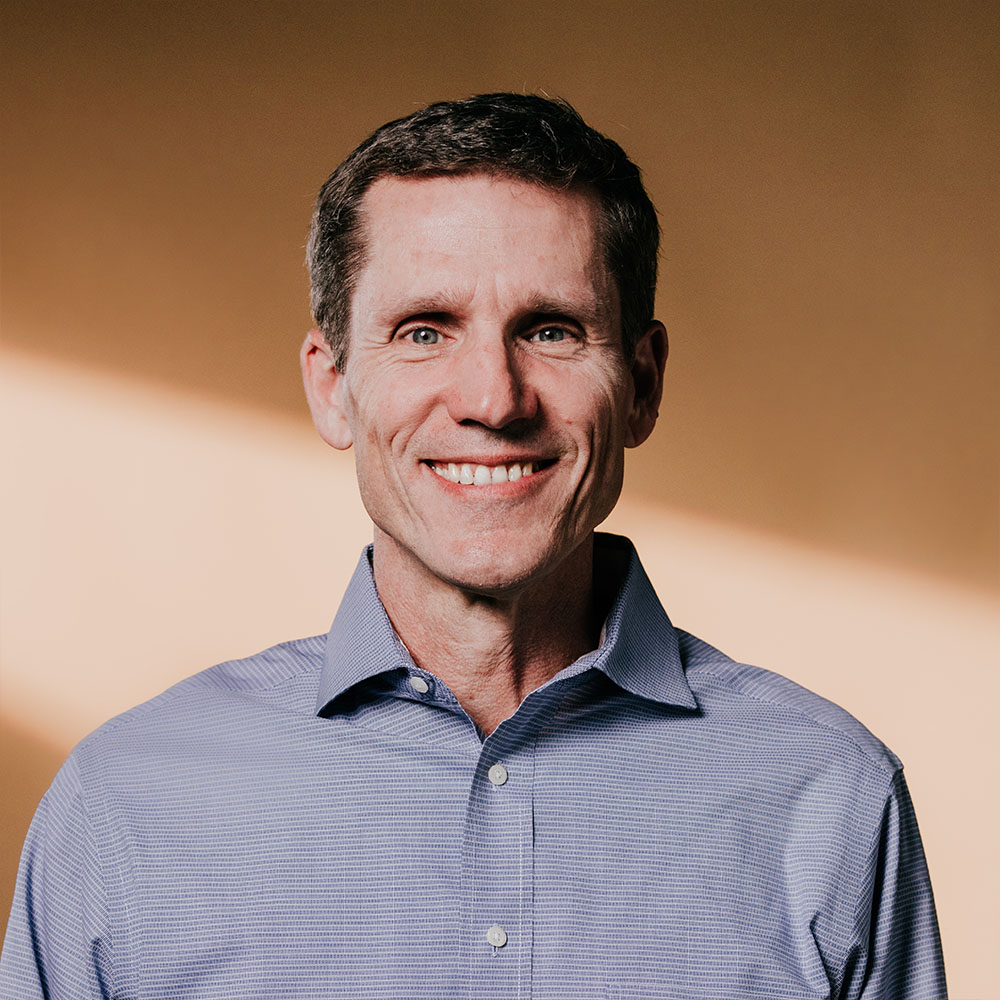 Anker Christensen and his wife Bonnie have been members of Doxa for one year. They are parents to three adult sons: Anker, Cade, and Dane. Anker has served in youth, college, and young married ministries for many years. He served in short term missions to Mexico, Zimbabwe, and the Philippines, and presently coaches local Special Olympics. Anker and Bonnie are currently family small group leaders. Anker works for a local community bank as their Chief Financial Officer. He hopes to contribute to Doxa life through small group and eldership roles. 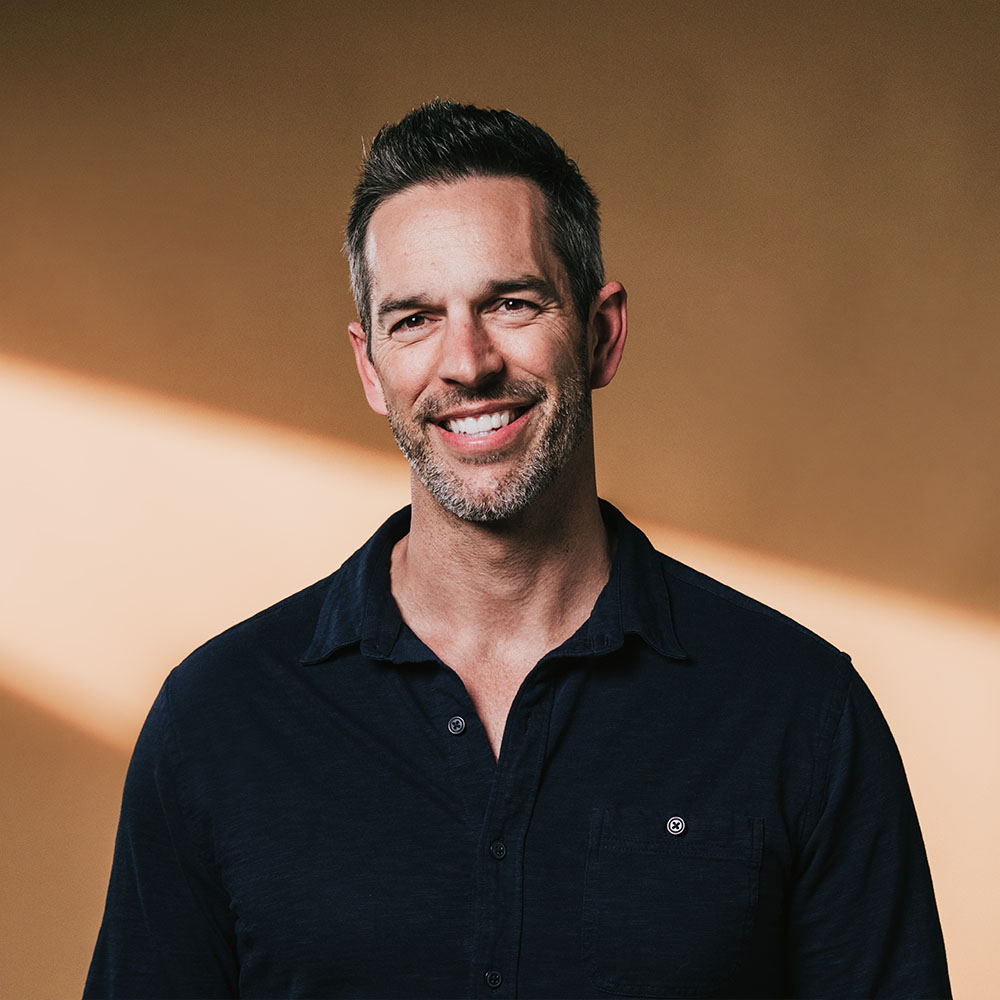 Benjamin Kloss has been an attending member of DOXA since 2021. He and his wife Barbara have been married for over seventeen years, and they’ve been blessed with three incredible children: Brahm, Brennan, and Brighton. Previously, Benjamin received Pastoral Ministries training at Western Baptist College, where he also played collegiate baseball for three years. He later earned a B.A. in Biological Sciences from California State University Sacramento, then proceeded to earn a D.M.D from Midwestern University College of Dental Medicine. He currently serves in worship ministry and leads a small-group Bible study. Benjamin deeply desires to be more equipped as a leader in his home, at church, and in business. 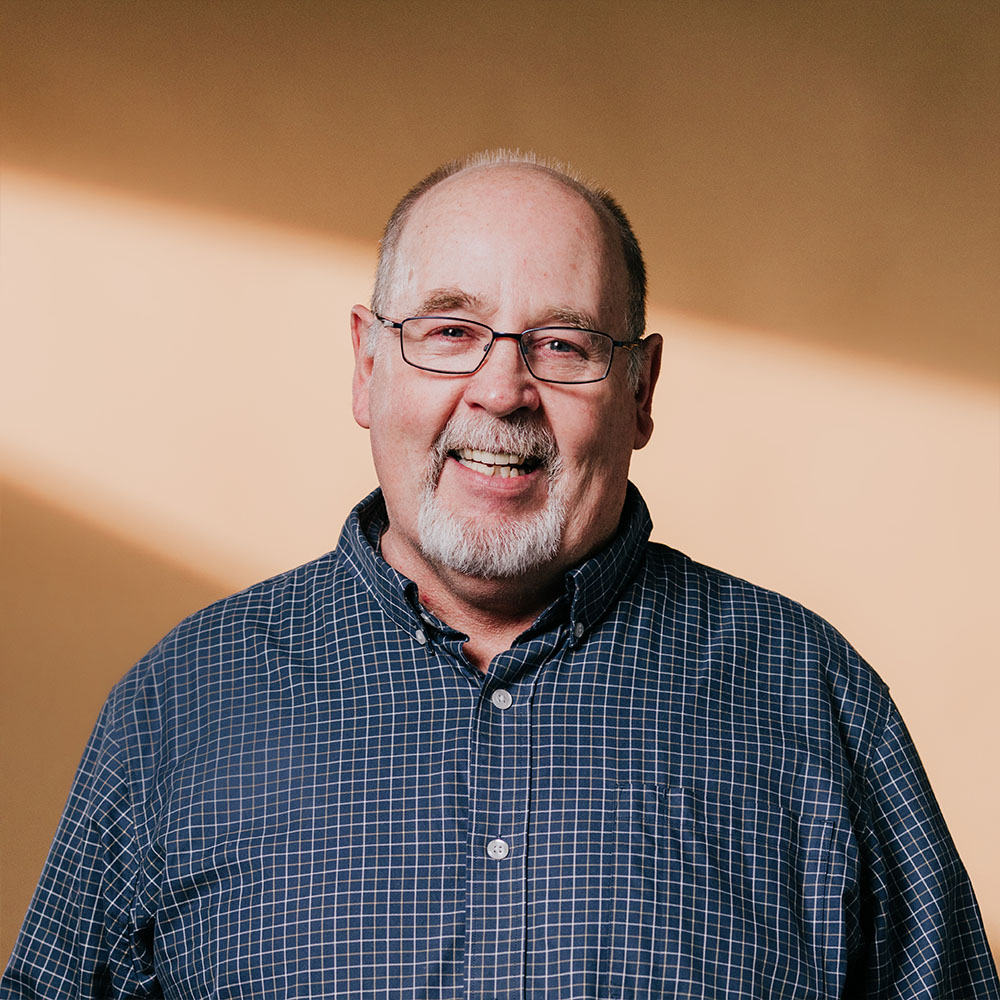 Russ Warren is married to Donna (for 35+ years) an Elementary school teacher in the Lincoln area. They have three adult children, two of whom are married: Rick (Sarah), Amy, Greg (Bethany). They have been members of Doxa since 2013. Russ has a BS degree in Business Information Systems and works for the State of California as a software engineer. In the past, he has served running sound for the worship team and along with his wife, has served as a small group leader for 5 years. They currently serve as small group coaches and Russ leads a Saturday morning men’s Bible study. Russ intends to continue with responsibilities at Doxa in small groups and men’s Bible study, and possibly as an associate pastor or elder in the future. 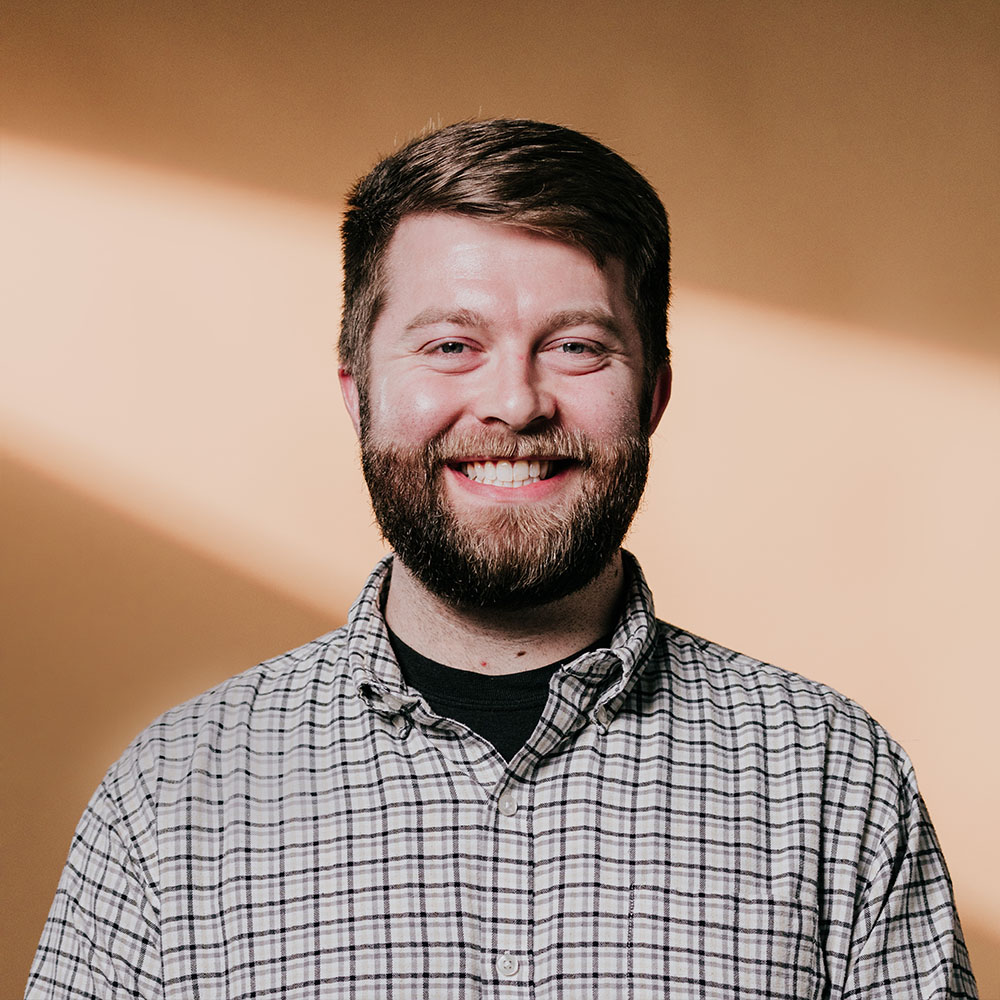 Andrew Nielsen has been at Doxa since Fall 2015. He has served at Doxa as a small group leader, a leader in Doxa Young Adults, and on the worship team. After graduating from UCLA with a Bachelor of Arts degree in Political Science and German, Andrew joined staff with Cru at UC Davis. He currently serves with Cru's ministry to international students, Bridges International, in the greater Sacramento area. Andrew loves evangelism, missions, and teaching the Bible. He plans to pursue seminary in the near future and hopes to help others engage in Great Commission work. 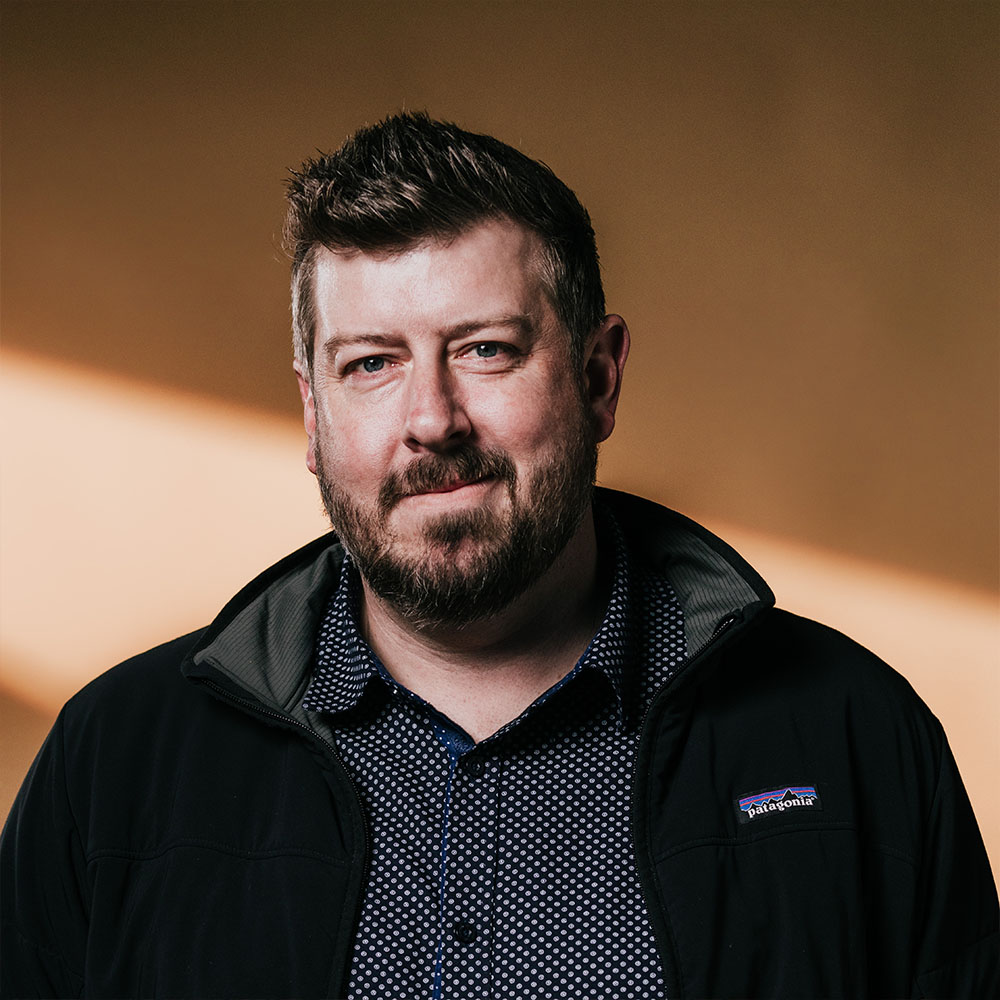 Ryan Sarpalius and his wife Candace, along with their 4 children, joined Doxa in 2021. He leads a corporate learning & development function for a global technology company and has been involved in formal and informal church ministry since graduating from The Master’s University in 2001. Ryan currently leads a small group at Doxa and has a passion to see God’s Word applied to people’s lives through teaching, preaching and biblical counseling. 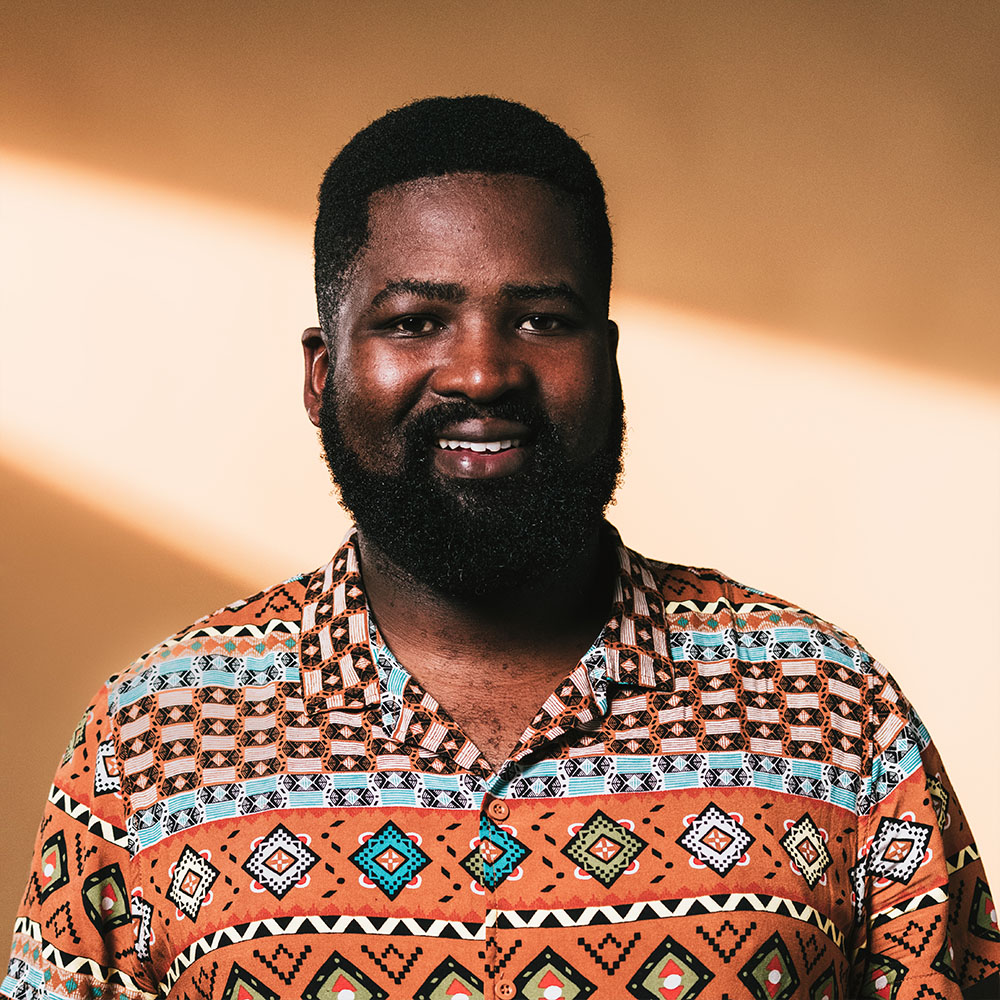 Sive Nogada and his wife Linku both joined Doxa in the Fall of 2021. Sive holds a Bachelor of Science Degree in Business Administration from William Jessup University. After sensing the Lord’s call to ministry in 2009, he worked with several ministries and churches in Africa from Sports ministry to church planting. Sive is currently serving as the Interim lead Pastor at Citrus Heights Fellowship. He has a desire to get further equipped in Pastoral ministry and hopes to return to South Africa to help churches in-low income communities become financially sustainable and biblically sound. 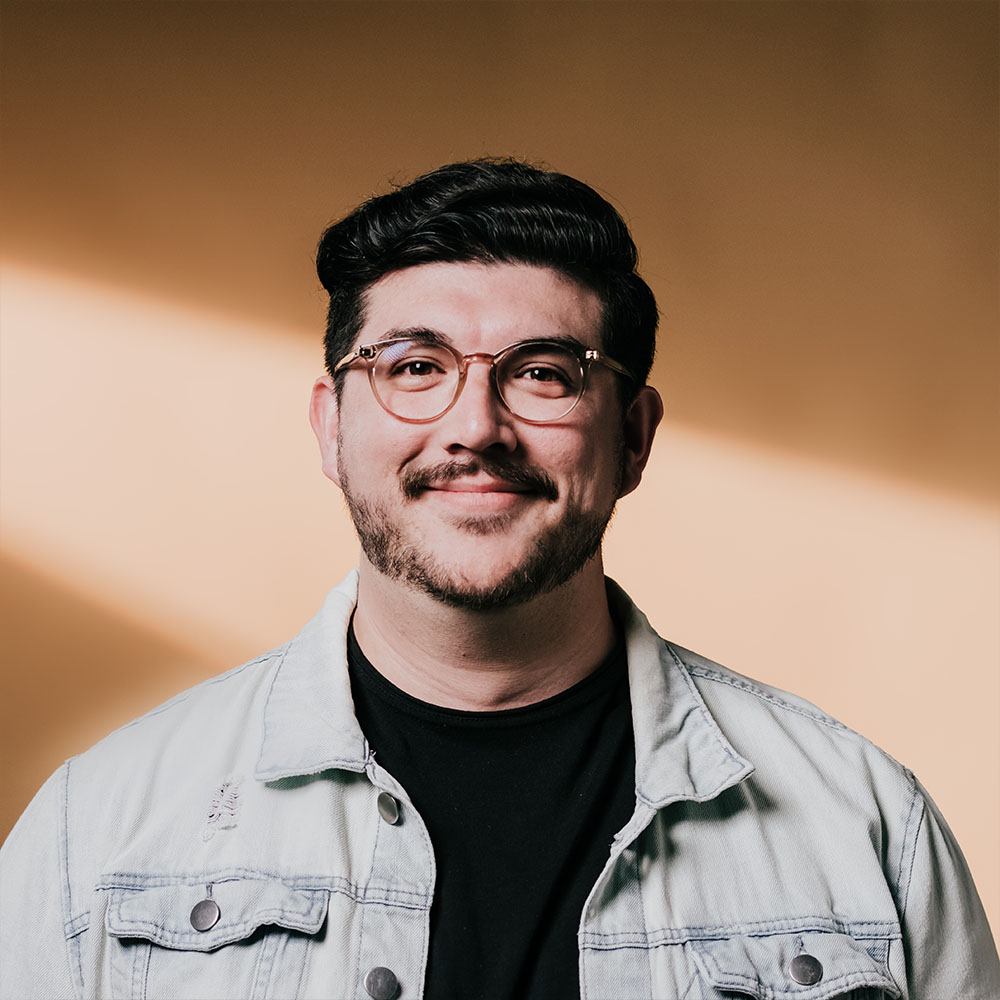 Franklin Carvajal and wife Kristen have been members of Doxa since 2020 and have two children: Hope and Elijah. Franklin works as a senior software engineer for HouseCanary and is a lead instructor for a software coding program. He started his theological education in Fall 2021 at Reformation Bible College and is seeking to be equipped as he discovers God's will. He currently serves in leadership within the prayer team and used to serve in tech at his former church. Franklin aspires to be a non-vocational Elder involved in prayer, teaching theology, practical discipleship, international church planting, and missions to support the persecuted church. 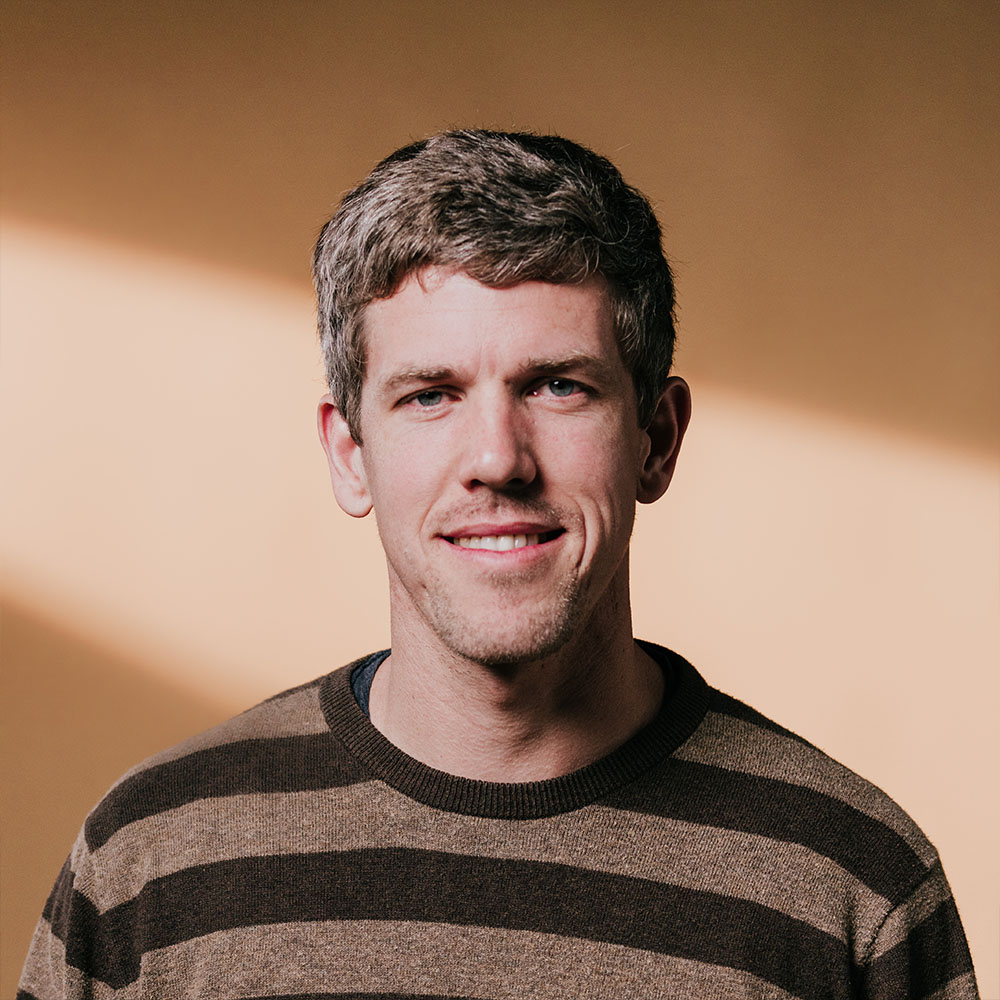 Caleb Stordahl has attended Doxa for a few years now. He has a Bachelor’s in Communication from CSU Fullerton and just finished his M.Div. at Southern Baptist Theological Seminary in Dec, 2021. He recently moved back to the Sacramento area and hopes to serve in ministry in some capacity moving forward. What that will be, only the Lord knows, but he is excited to see where the Lord will lead. And he is thrilled to be back at Doxa! 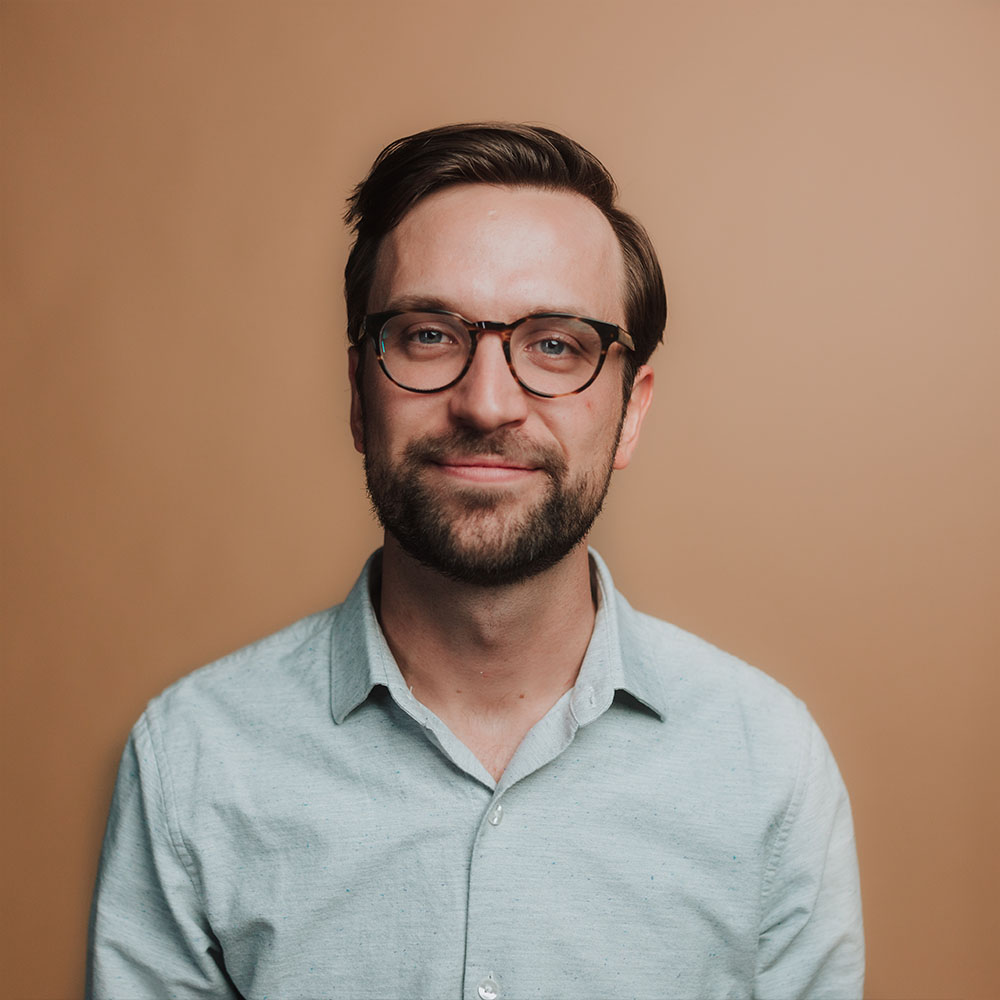 Eddie Kaiger has been at Doxa since 2019. He is married to Lyuba, and they are expecting a baby girl in 2021. Eddie has a Bachelors in Computer Science from UC Davis (2015) and works remotely as a software engineer for Instacart. He started his seminary education in Fall 2020, pursuing an MDiv online at Southern Baptist Theological Seminary. He currently serves on the worship team and used to lead worship at his former church. Since joining Doxa, he's sensed a call to ministry and is seeking to be more equipped as a leader in other areas such as church planting, teaching, and discipleship. 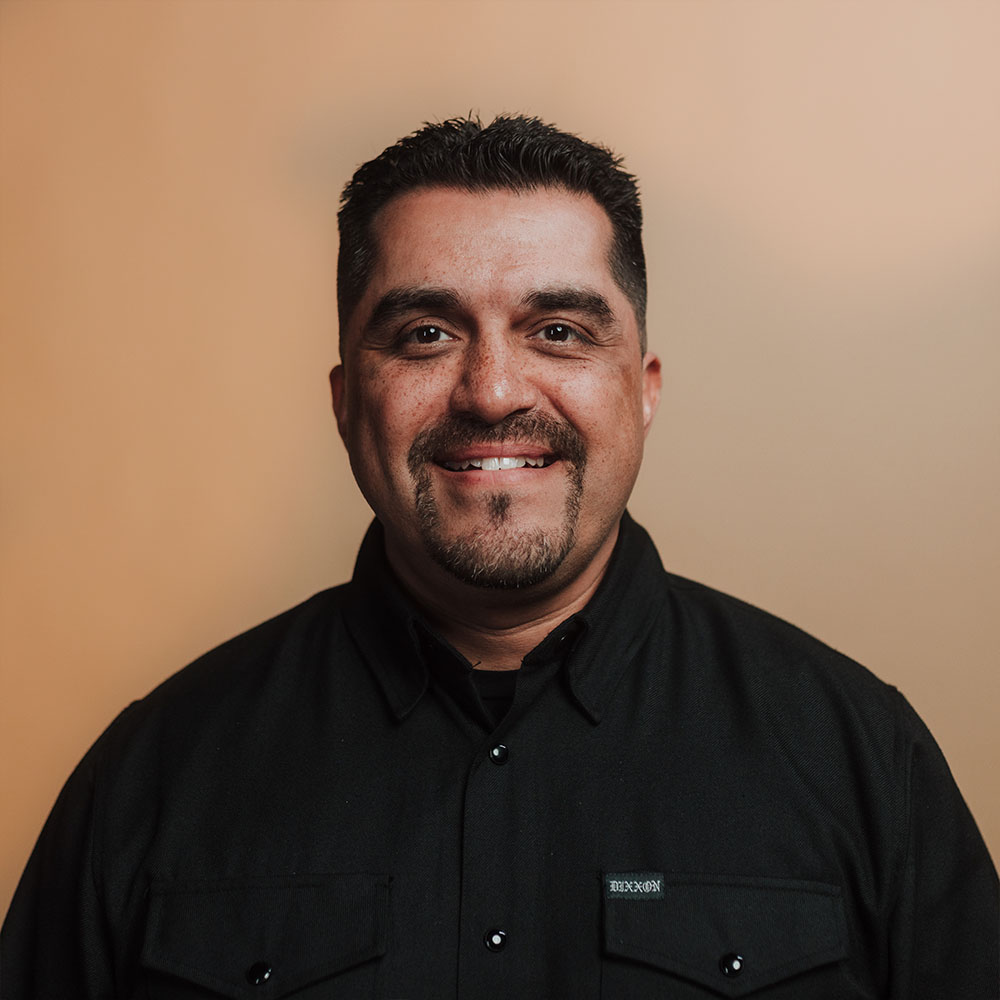 Ralph King is married to Helene who is a registered nurse, and both have been serving at Doxa on the security and medical team since 2020.  Ralph is a Marine Corps Veteran and holds a Bachelor of Science in Interdisciplinary Studies (Business, Computer Science, and Religion) from Liberty University.  He is currently enrolled at Midwestern Baptist Theological Seminary in pursuit of a Masters of Theological Studies with an ultimate goal of Masters of Divinity.  Ralph has a desire to serve in discipleship ministries in the future with hopes of growing into an expanded role such as associate pastor or church planter. 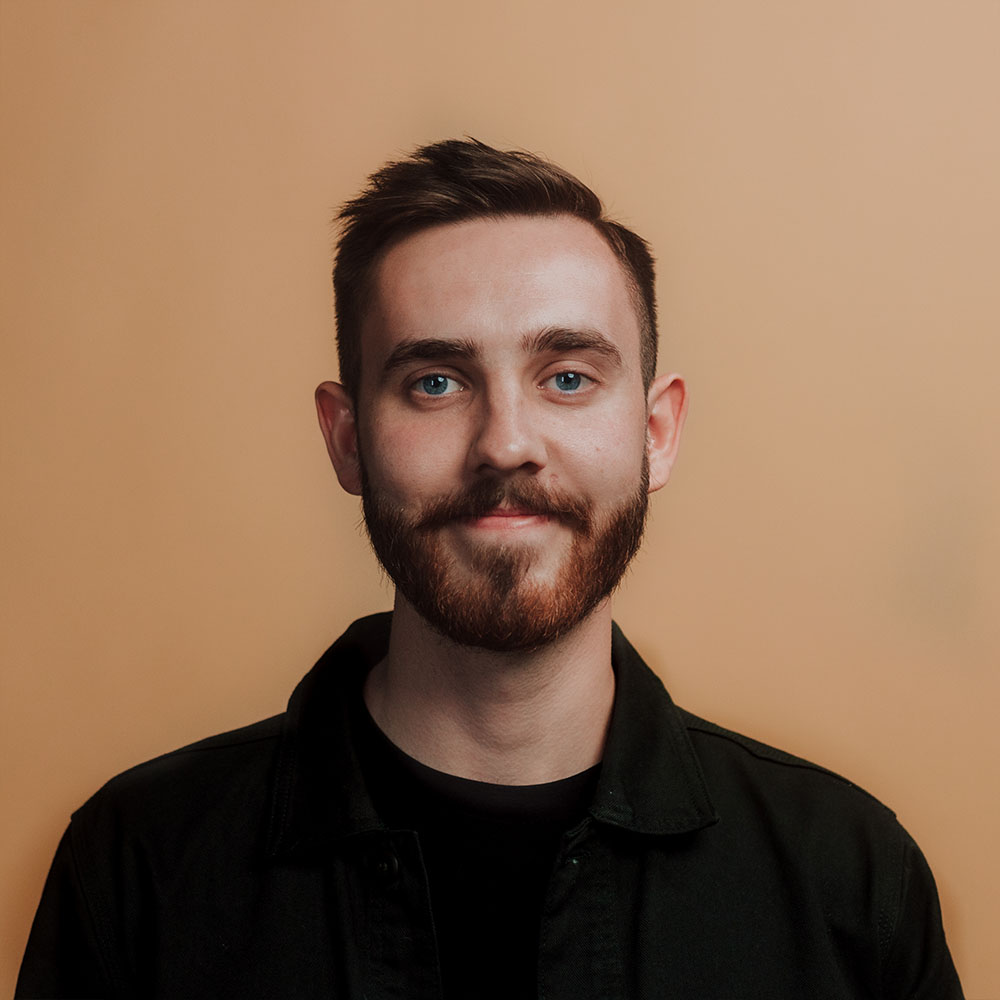 David Zubal started attending Doxa in the fall of 2020. He has a BS in Computer Science (2018) and just completed his first semester at Western Seminary. David has served in worship ministry and men's ministry at a previous church and hopes to continue using his gift of music on the worship team at Doxa and eventually be a church elder.