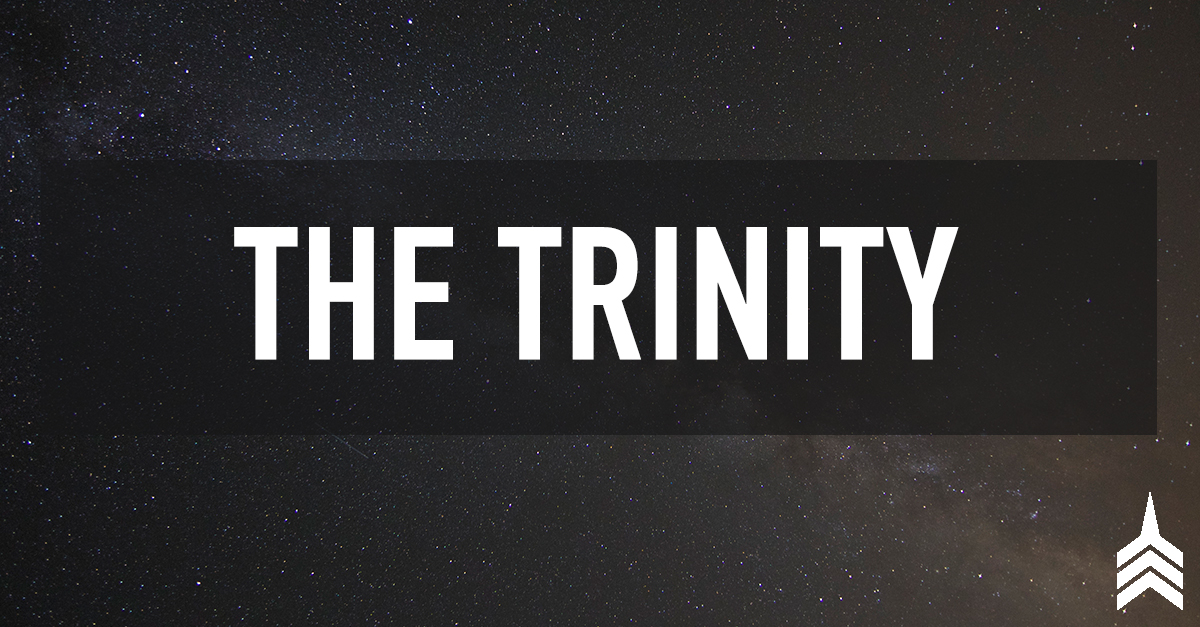 The Trinity is one of the most complex and mysterious Christian doctrines, but there is certainly a strong Biblical basis for this concept. The foundational idea is that God is one God who eternally exists in three persons. Bruce Ware summarizes it well when he writes in his book Father, Son, and Spirit, “The doctrine of the Trinity affirms that God’s whole and undivided essence belongs equally, eternally, simultaneously, and fully to each of the three distinct Persons of the Godhead” (41). As Wayne Grudem notes in his Systematic Theology, God the Father, Son and Holy Spirit are “eternal, omnipresent, omnipotent, infinitely wise, infinitely holy, infinitely loving, omniscient, and so forth” (226). While the term Trinity is not actually used in the Bible, the concept is illustrated throughout both the Old and New Testaments. The church father Tertullian was the first to use the word ‘Trinity’ in an effort to conceptualize this essential teaching about the nature of God as found in Scripture.

From the Old Testament, we see passages that seem to imply that God exists as more than one person. For example when God created the world, he said, “Let us make man in our image, after our likeness” (Gen. 1:26). From the beginning of creation, we already see God being described with words like “us” and “our”. This same language is true in many other places of Scripture as well (Gen. 3:22, Gen. 11:7, Isa. 6:8).

Finally, the Scriptures emphatically declare that the Father is God, the Son is God, and the Spirit is God. The fact that God the Father is God can be understood from constant references to him as LORD and speaking creation into existence (Gen. 1:1-31). God the Father is also clearly defined as God in Paul’s letter to the Corinthians among many other places (1 Cor. 8:6; John 6:27). Second, Jesus is God (John 8:58; John 20:28; Rom 9:5; Tit 2:13). The Psalms speak of a king and call him God, and then the book of Hebrews references that verse and applies it to Jesus (Heb. 1:8). This is also particularly evident in John 1:1-4 where he is described as the Word, and the “Word was God”. The book of Colossians calls Jesus the image of the invisible God and describes his role in creation and in holding the world together (Col. 1:15-17). Third, the Holy Spirit is also God. There are many accounts that clarify the Holy Spirit as a “he” and not an “it” (Eph 4:30; Acts 7:51; Heb 10:29). He possesses omnipresence (Ps. 139:7-10), omnipotence (Isa. 40:13-14) and omniscience (Romans 15:13), among many other traits. In the book of Acts, Ananias and Sapphira were guilty of lying to the Holy Spirit. When confronting the two of them, Peter said to them, “you have not lied to men but to God” (Acts 5:4).

There are many references to the persons of the Godhead together in Scripture (2 Cor. 13:14, Eph. 4:4-6, 1 Peter 1:2, and Jude 20-21), which would make it impossible to conclude that the Father, Son and the Holy Spirit are all different names or manifestations of the same person. In the end, if the nature of God as revealed in the Bible is denied or simplified inappropriately, the result is a misunderstanding of the fullness of the nature of God. As your pastor, I don’t want you to miss out on the amazing, yet admittedly complex, elements of the nature of God. If you’re up for the challenge, take the test here and see how you’re doing with your understanding of the Trinity. Enjoy!!