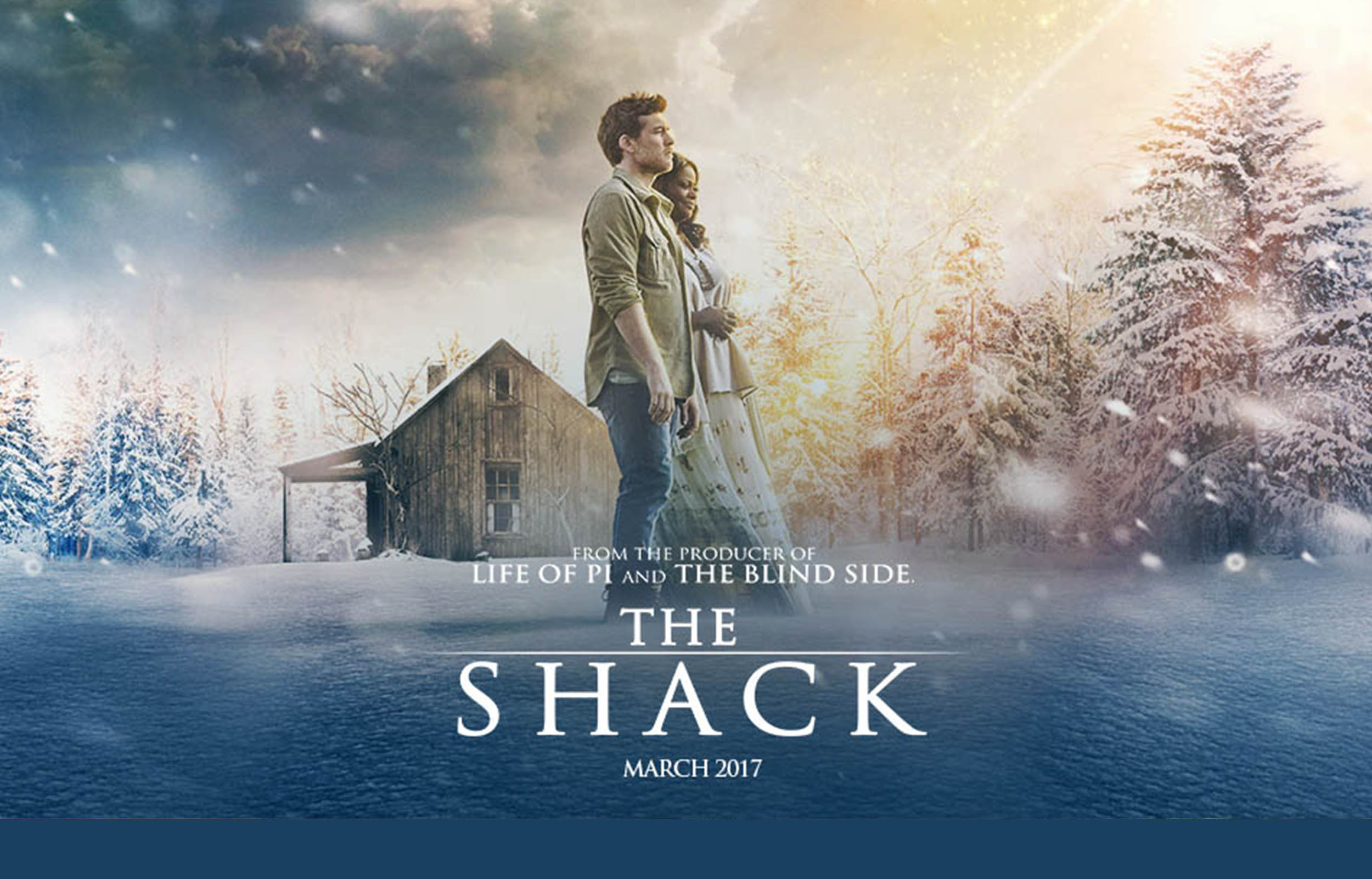 There's no question about it: The Shack is beautiful. From the lush gardens bursting forth flowers and giving way to snowcapped peaks, to the rushing waterfalls and serene forests, your senses are on overload as you watch. Yet underneath all this beauty, an array of subtle (and not-so-subtle) lies are snuck in. There are many, and they are dangerous.

The Shack is a “narrative theodicy”, which means it’s a story seeking to answer the age-old question of how to understand God and his relationship to evil and suffering. The main character, Mack, experienced a horrific evil when his 7-year-old daughter was kidnapped and murdered. How can God be good when there is so much sickness, death, tragedy, and wickedness being done in the world? This question is relevant to every person on every corner of the planet. As such, it is crucial that you understand different ways in which The Shack answers the question through use of story, dialogue, truth claims, as well as general impressions one is left with when watching.

This blog seeks to help 2 particular groups of people. First, we want to help those who appreciate The Shack already to understand some of what is at stake. Secondly, we want to help anyone considering watching the movie, so that you know what you will be seeing and how to think through some staggering, monumental implications of the film. There are many things that could be said about this movie. What you will not read here is a discussion about the violation of the 2nd of the 10 commandments, the heretical way in which the Trinity is portrayed, or other legitimately important issues. Others have written very good articles about these issues, such as Tim Keller and Albert Mohler.  Instead, our goal is to crystalize some of the practical implications of the theology in the film

5 truths you need to know about The Shack:

In the film, Papa (a woman portraying God the Father) tells Mack that the real flaw in his heart is that he does not believe God is good. At first glance, this resonates with biblical truth as Adam and Eve believed the lie that God was not interested in their greatest good, and every human also wrestles with a belief in God’s goodness in the midst of so much sadness. But herein lies the catch: The Shack portrays God’s goodness in terms of his unwillingness to allow anyone to go to hell for eternity (more on that later). Rather than judging sinners for their unrepentant sin, God will somehow overcome that in his goodness. What we instead have is a God who, though claiming to care about wickedness and evil, will not judge anyone personally for that wickedness and evil because “sin is its own punishment”.

Christians can rest in the goodness of God precisely because God will judge wickedness with a final, eternal judgment. Romans 12:19 very clearly tells us “Beloved, never avenge yourselves, but leave it to the wrath of God, for it is written, ‘Vengeance is mine, I will repay’ says the Lord.”

#2 The Shack gives you a religion with you at the center, and that is really bad news

In a very revealing and poignant moment, Jesus tells Mack that humanity is the center of God’s love and purpose. It appears that Jesus is expressing this to Mack as really, really good news. But, it is the opposite of good news and the opposite of biblical truth. We are created for the glory of God, created to worship and love and serve God for eternity. Our greatest joy as Christians is actually found in God being profoundly about God, not about us.

It is an incredible truth that God sets his love on sinners who, without his intervention, are running headlong away from him and reject him in favor of hell. Yet by his grace he saves all who repent of sin and trust in Jesus alone for salvation. This, however, is far from putting man in the center of his love and purpose. God transforms us so we place him at the center of everything, which is precisely the opposite of what The Shack teaches us.

The Jesus of the Shack tells Mack that he is the best way humans can relate to Papa and Sarayu (the Asian woman who represents the Holy Spirit). The point is simple here. The real Jesus, the Jesus of the Bible, emphatically and unequivocally tells us “I am THE way, THE truth, and THE life, no one comes to the Father except through me” (John 14:6). To put it another way, words matter and “best” is not the same as “only”. In this case, one word literally changes the gospel to the degree that it is no longer the gospel.

#4 The Shack radically subverts the nature of hell

Mack has a long dialogue with a woman named Wisdom. In essence, Wisdom builds a case as to why God is not going to send people to hell like Mack thinks God will. Wisdom shows Mack his 2 children, exposes some of their secret sins (lying, sneaking out of the house, etc.), and tells Mack he is the judge and must send one of them to hell. Mack is pushed to the brink, and ultimately cries out “I can’t do it… take me instead…” to which we are clearly to connect that this is the same kind of dilemma God had with sinners, with Jesus ultimately choosing to go and die in their place (which is another important point that isn’t focused on in this blog. We are told only that Jesus chose to die for us, with no reference to God the Father “sending” him like John 3:16 and other verses clearly indicate).

Again, herein lies a very important yet subtle assumption: the way a human would struggle sending one of his biological children to hell is the same way God struggled with the concept of sending one of “his children” to hell. This idea is appealing and certainly you can appreciate the portrayal of God's love for us in this agonizing decision, but we must be careful because it is altogether against the God of the Bible. God clearly delineates between those created by him and those adopted by him as children of God through faith. The good news of Jesus is good news only insofar as we understand that hell is real, conscious, and eternal. It is where every person is willingly going, receiving the desire of their heart to live a life apart from God’s presence, unless one places faith in God’s Son, Jesus Christ, through whom we are adopted as his children (Galatians 4:4-7, 1 John 3:1-3).

Spoiler alert (but you read the book, right?): In the end, Mack is a changed man. We are told Mack became a man who loves larger than most, was quick to forgive and quicker to ask for forgiveness, and had become a child again who abided in simple trust and wonder. All of that is delightful and hopeful and the kind of thing Jesus does do in a person’s life. But it’s not what will be produced in a person’s life if they buy wholesale into the theology of The Shack. Instead, with no hell to be concerned about, no judgment from a righteous and holy God who will perfectly judge evil and wickedness, and no call to repent personally of sin but only to release or let go of past hurts, you have a message stripped of transforming power for those who suffer in any myriad of ways.

Those who suffer loss can have abiding hope, peace that transcends understanding, and the ability to forgive even the deepest hurts done against them. All that and more belong to those who trust in Jesus Christ. Christ suffered in our place, being abandoned, mocked, belittled, lied about, and betrayed. In Christ we have a High Priest in heaven who went through incomparable human suffering, and is able to sympathize with our weakness. We are further told that through Jesus we draw near to the throne of God’s grace to receive mercy and grace to help in our time of need (Hebrews 4:14-16). That is altogether different and superior to that which is offered to you in The Shack.

Here is the good news: The message of the gospel is actually way bigger and better, and more filled with hope and joy and love than anything The Shack presents to us. While there has been some dismantling of its bad theology going on in this blog, it is good to desire honest answers to real questions. It’s even good to attempt to give an answer to big questions in story form, something many Christians have done through works like Pilgrim’s Progress, and The Chronicles of Narnia among others. The issue is that The Shack doesn’t do justice to the questions we have. But, God does in the Bible. In the Bible we come to know God is greater than any humanly invented deity. We know that his love is so immense that he does come to earth to bear our sins, suffer in our place, and rise for our eternal salvation. And while we may not get all our questions answered, we do receive beyond-a-doubt assurance that God is indeed good.