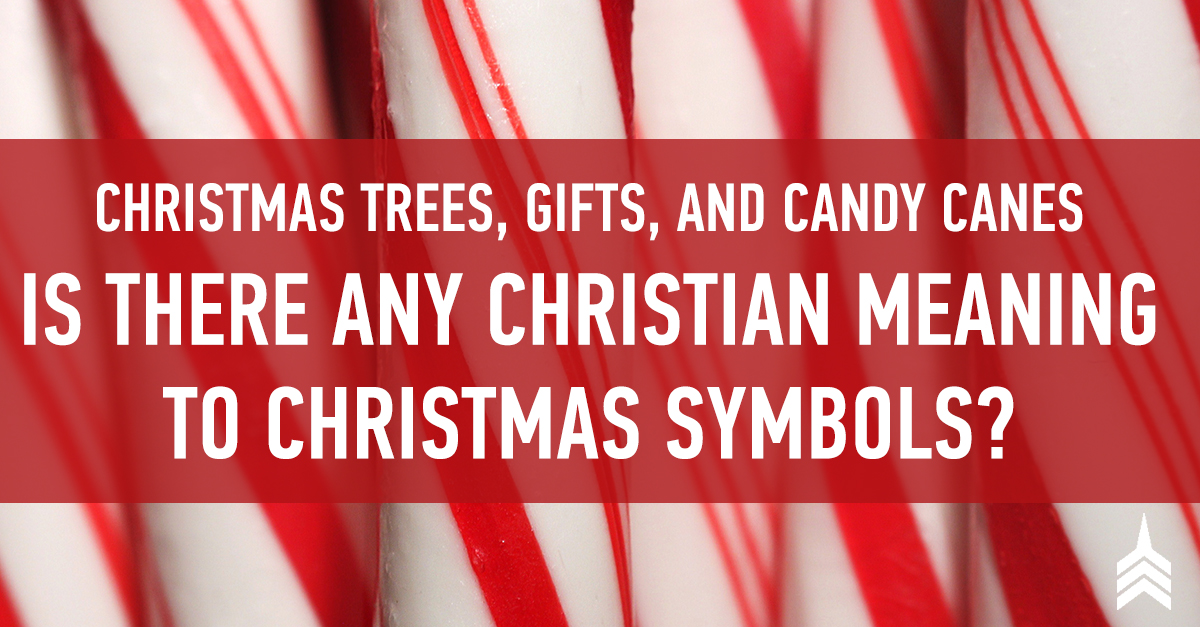 You may be surprised to hear that not everything in Christmas is strictly commercialized. Although these days fake Christmas trees are being sold in October and billions of dollars are spent during the season, plenty cultural Christmas symbols have significant meaning in Christian tradition. Here are a few little known facts about popular Christmas staples.

What does a Christmas tree represent?

Placing evergreen branches in a home originated with the Romans, who would do so to inspire optimism during dark, cold, very rough winters. As the gospel spread, many missionaries realized that some cultural symbols could be redeemed to take on spiritual significance related to Christ. Evergreen branches became proud Christian symbols of everlasting life. God had broken into human history at Christmas time, coming to offer eternal life to all who call on him for salvation.

During the Renaissance trees started to be used as a symbol of Christmas, beginning in Latvia in 1510 and Strasbourg in 1521. The earliest Christmas trees (or evergreen branches) used in homes were referred to as "paradises." They were often hung with round pastry wafers symbolizing the Eucharist, which developed into the cookie ornaments decorating German Christmas trees today. In the 17th-18th century wooden "pyramids" - stacks of shelves bearing candles - became popular to hang on or around trees, which is attributed as the ancestors of our modern Christmas tree lights and ornaments.

A more detailed reading about the history of Christmas trees from Christianity Today can be found here.

When did gift giving become so prominent for Christmas?

For a long time, Christmas was celebrated but not commercialized or institutionalized like it has been for many decades. It was a time to remember and enjoy the gift of salvation in Jesus Christ, but did not include long wish lists from children. Gifts came inside the family around the time of Martin Luther, as the custom of giving gifts to friends and family members developed in Germany, the Netherlands, and Scandinavia.

Over time, the image of happy families exchanging gifts around a tree become prominent for authors and poets, most notably Clement Moore's poem known now as "Twas the Night Before Christmas". This sort of writing gripped the heart of many Americans and led to institutionalizing the family setting on Christmas day as something to be waited for and celebrated.

How did Candy Canes become associated with Christmas?

This one is seriously fascinating! Way back in the mid 1600's, a particular choirmaster was unsuccessfully trying to get rowdy little children to sit down during a Christmas nativity story (some things never change). Candy sticks were very popular with kids, but he wanted to do more than hand out candy, so he managed to craft them into the shape of a shepherd's staff (don't call it a "J"!) to represent the shepherds who went searching for baby Jesus after the angels announced his birth. Again, redeeming a cultural thing like a candy stick and infusing it with theological significance!

Over time, the red stripe was introduced into candy canes. While it MAY be imaginative thinking, one popular reason this is believed to have happened was to further teach children about Jesus, the Good Shepherd who laid down his life (shed his blood... red) for his sheep.